Fragile As Eggs: Handle With Grace 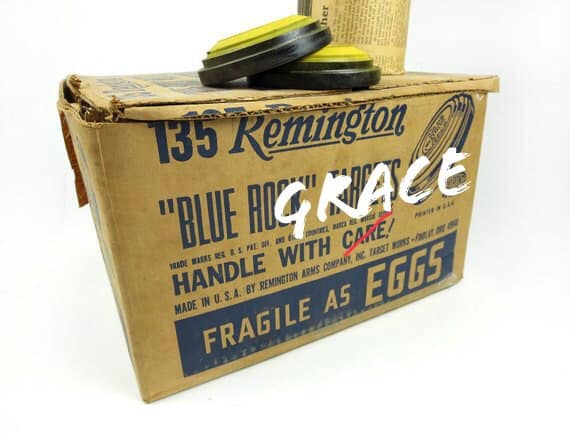 When I was a kid, my daddy would take us to shoot skeet. Everyone from south of the Mason-Dixon line knows what I am talking about.

But for those of you who don’t, skeet (also known as clay pigeons) are limestone discs that you launch into the air and shoot for target practice and in my case for fun.

{And before my crunchy mama friends start clutching their pearls, the discs are biodegradable.?}

These clay pigeons came in a box labeled “HANDLE WITH CARE: FRAGILE AS EGGS.” And for whatever reason, we started using this line all the time for various reasons.

Fast-forward to my 20’s when social media was beginning to take over. My age group was starting to get married and many of us were just beginning to have babies. 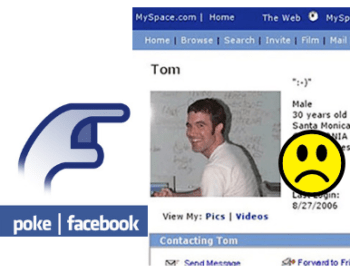 MySpace was dead, and Facebook had passed the point of “poking”?. People were starting to post pictures of their babies and their adventures and I loved it. But then everyone started sharing articles. Annoying pious articles.

Don’t get me wrong, articles can be informative, helpful, encouraging, and so on, so I don’t mind them in and of themselves. But occasionally…… and then more frequently everyone started sharing do’s and don’ts lists. Lists informing us all on proper etiquette and how we should behave in polite society?.

You know what I’m talking about. Lists like, “5 Things You Should Never Say to a Mother Buying Captain Crunch.” Or, “7 Tips For Not Being The Terrible Parent You Clearly Already Are.” And, “What Not to Say to a New Mother, Grieving Widow, Your Hairstylist, or The Lady at The Post Office.”

And the lists go on. Some of the time they are pretty ridiculous because your average functioning adult would never say the items listed. But often, I read lists filled with normal small talk and comments many people make trying to be friendly. And apparently, we are all offending entire groups of people, regardless of our intent.

The articles themselves would even mention, they know it is “not malicious” or “intentional”, but still we must all adhere to these lists of rules before interacting with other humans.

And sometimes, I would read an article that was apparently composed on my behalf, by someone who never met me and has no idea how I think or what I feel. I would read these articles wincing at the reprimands imposed by the author. Wondering why our culture is so adamant about groupthink, assuming the worst in people, and forcing everyone to conform or else be lambasted.

I am trying to understand why so many are demanding others HANDLE WITH CARE when they refuse to HANDLE WITH GRACE.

Our culture is deeply lacking in humility and grace. According to the endless lists and articles I have come across, I should be living in a constant state of offense.

What would our world look like if instead of assuming everyone is out to get us and the deck is stacked against us, we extended a little grace? What if instead of walking around FRAGILE AS EGGS looking for a reason to crack, we embraced GRACE? What if we not only learned to discern actual threats and insults but taught our children to do so as well? Imagine the peace we would see in our communities and experience in our lives.

Filtering Your World Through Grace

Since we like lists so much, I have compiled one with counter-responses filtered through Grace:

When the old timer at the gas station says something like “You are too pretty not to smile” instead of assuming he is a sexist, maybe try and smile. If the same comment is thrown out by a guy with shifty eyes, wearing a trench coat, lurking by your car in the dark, go ahead and mace him. DISCERNMENT people! Read the room, evaluate your audience.

When the grandma at the store looks at your brood of kids and smilingly says, “You’ve got your hands full.” Just say, “I sure do and I thank the good Lord for it!” (And I often add on a witty follow-up, but I am assuming if you need my advice on how not be offended by innocent remarks, then you probably are not ready for witty banter.?)

In all seriousness on this one. Most of us have been on both sides of this exchange. And usually, it is with close friends and acquaintances. When we have suffered a loss or we are speaking with a friend who has suffered a loss, it is simply hard. It is hard for the one who is hurting and for the one trying to provide comfort. Many people struggle to find adequate words to express sympathy.

Sometimes when people are uncomfortable they say trite things. Sometimes they say downright stupid things. But let us extend grace when they misstep and gratitude for their presence and concern.

I’m not implying people are not allowed to feel or have emotions. And yes, we all get offended from time to time. Some of us more often than others, but I digress.

What I am imploring of all of you as well as myself, is that we handle each situation with grace and humility. Assume the best of people. Give others your best.

Acknowledge your own shortcomings and extend yourself grace. Embrace grace in your own life and handle others by the same measure.